A Celebration of Freedom – Independence Day 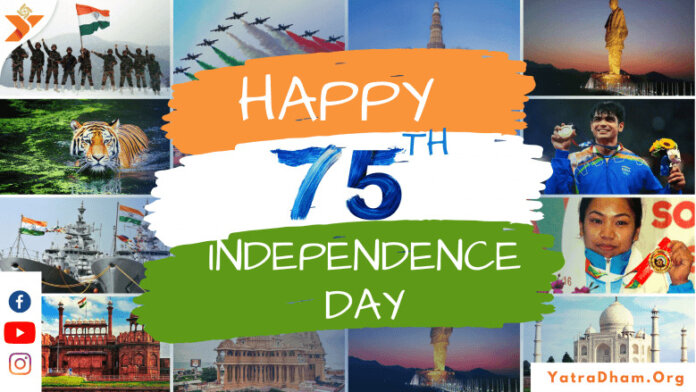 Independence and freedom for our country came at the stroke of midnight on 15th August 1947. Freedom from more than 200 years of colonialism, suppression, and exploitation.  This year on Sunday 15th August 2021 India will be celebrating its 75th Independence Day joyfully.

The struggle for independence from British Rule started way back in the 1850s. Among the earliest freedom fighters was Rani Lakshmibai of Jhansi. Since then countless Indians have sacrificed their lives in this struggle. Leaders like Mahatma Gandhi, Jawaharlal Nehru, Subhas Chandra Bose, Maulana Abdul Kalam Azad, Sardar Patel, and Gopalbandhu Das were at the forefront of the struggle. Besides these, there were countless others – known and unknown who contributed their mite.

How 15th August is celebrated?

The day is marked by the unfurling of our national flag – Tiranga from the ramparts of Red Fort in Delhi by the Prime Minister. This is followed by the singing of the national anthem. The Prime Minister usually gives a long speech outlining achievements of the previous year and prospects for the future. The function is attended by thousands of school children, important dignitaries, and foreign guests.  This ceremony is repeated across the length and breadth of the country. A wind of patriotism and National integration blows across the country on this day.

All across the country, a spirit of nationalism is evident from the millions of flags atop cars, buildings, and monuments. Newspapers and TV channels broadcast patriotic stories and events from the days of the freedom struggle and familiarise viewers with lesser-known facts and events. Schools have special flag hoisting programs, singing of the national anthem, short skits, and plays. Kite flying events are organized in many places. Kites with themes of national colors and symbols are seen in the skies. Other programs like tree planting are also organized on the 15th of August.

A Tribute to Freedom Fighters

15th August – Independence Day is a day to remember those who have sacrificed a lot – even their lives and to pay tributes to them. Independence Day is an important day in the life of every Indian. Year after year, it reminds us of our great freedom fighters who sacrificed and struggled their lives in order to free our Motherland from British rule.