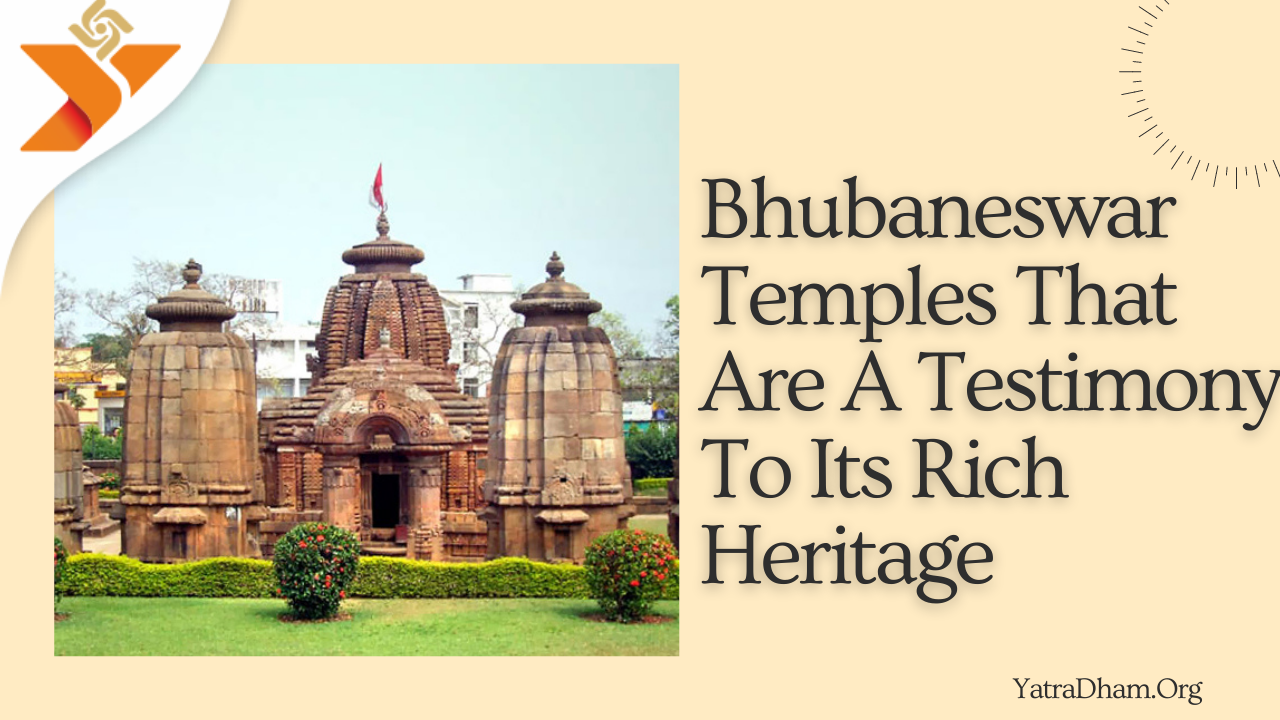 The capital of Odisha, Bhubaneswar is scenic, lively, green, and clean, with a rich cultural life. Known for its temples, the city is a major center of attraction for tourists from far and wide. It is probably the only city that enables an authentic overview of the stages of development of Hindu temple architecture. It is the place where temple building activities of Odishan style flowered from its very inception to their fullest culmination extending over a period of one thousand years. Today Bhubaneswar is an embodiment of its dashing modernity and glorious past. A favorite excursion from Bhubaneswar is a drive to Jagannath Temple at the pilgrimage town of Puri, also known for its beaches. Explore Bhubaneswar Temples

Bhubaneswar was once rightly named the ‘Temple City of India’. Along with Konark and Puri, it completes the Swarna Tribhuja or Golden Triangle. The origins of this city date back to 3BC. The ancient city once housed thousands of Hindu, Buddhist, and Jain temples. Today, around 50 of these temples still stand. Most of these temples boast of the Kalinga style of architecture and are beautiful. Many are built with sandstones and have a rich, earthy look. Given its religious significance, there are a number of Dharamshala in Bhubaneswar for all kinds of tourists. Here are some of the most well-known temples in Bhubaneswar.

‘A real building is one on which the eye can light and stay lit.’  Walking down the old town area of Bhubaneswar, this iconic observation on architecture by the famous American poet and critic Ezra Pound rings true as you soak in the magnificence of the temples dotting its many lanes and bylanes.

Referred to as Mandira Malini (garlanded with temples), Bhubaneswar has an array of mesmerizing temples that bear testimony to the architectural styles of the various dynasties that have ruled this land. Of the 2,000 temples rumored to have been built, only a quarter or so remain.

Exploring all of Bhubaneswar’s temples calls for a luxury of time, and if there is not enough of it handy, these temples listed here make for a must-visit to get an understanding of the architectural richness of the city.

Bhubaneswar has a unique position among the cities of India. A temple town with series of ancient sandstone temples, heritage ponds, and water tanks, its wealth of monuments is testament to an ancient continuous architectural and historical heritage covering over 2,000 years from the 3rd century BC to the 15th century AD representing most of the important dynastic changes over the period. Bhubaneswar is dubbed the “Temple City” – a nom-de-plume earned because of the 700 temples which once stood here. It still boasts of a cluster of magnificent temples, constituting virtually a complete record of Kalinga architecture almost from its nascence to its culmination. Ekamra Kshetra comprises the area of the old city of Bhubaneswar that forms the centre of this temple architecture and is considered a Hindu holy city.

HOW TO Reach Bhubaneswar ?

The city’s Biju Pattanaik International airport is connected by flights from major cities of India and abroad.

Bhubaneswar is directly linked by rail to all the major destinations in India.

Bhubaneswar is on NH.5, between Kolkata & Chennai. The city is connected by good motorable roads to all major cities in India.

Are you planning to visit Bhubaneswar and looking for options to Stay with Family? Then don’t wait! Choose from our selected Dharamshala in Bhubaneswar and book your vacation with YatraDham.Org

Experience Odisha – The Land Of Splendor And Beauty