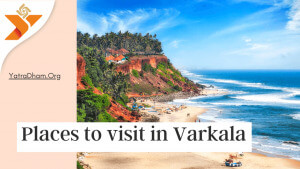 Contents show
About Varkala
The Pearl of the Arabian Sea
Places to Visit in Varkala
Varkala Beach
Edava Beach
Anjengo Fort
Kappil Lake
Varkala Tunnel
Janardhana Swamy Temple
Sivagiri Mutt
Sarkara Devi Temple
Paravur
Varkala Lighthouse
This was built in 1684 by the British to help in the navigation of ships. The lighthouse is 130 feet tall and set amid verdant surroundings with the Arabian Sea as a backdrop.
Where to stay in Varkala
How to reach Varkala
Distances from Varkala

Varkala is a picturesque town on the west coast of Kerala, about 42 km from Trivandrum. Varkala is unique because of the cliffs that are to be found near the shores of the Arabian Sea. These cliffs are from the Cenozoic Era which was 66 million years ago. They have been declared a National Geological Monument and are protected as a Geo-Heritage Site. A number of waterspouts and spas are to be found on the sides of the cliffs. The water from these springs is rich in mineral content and has curative properties.

The Pearl of the Arabian Sea

Varkala, with its natural beauty and sun-filled beaches, is referred to as the Pearl of the Arabian Sea. Though Varkala is visited by thousands of tourists each day, it still retains its calm ambiance and is free of the usual clamor. Besides its beaches, there are hills, lakes, forts, temples, Ayurvedic spas, and much more for visitors to soak in.

Places to Visit in Varkala

Also known as Papanasam Beach, the southern part of the beach is regarded as a holy site for Hindus and is near the Janardhana Swamy temple. The northern part is more suited for tourists.

This beach is a little further north and is a quiet secluded beach, It is mostly free from tourist activity and is unspoiled and clean. This beach has an estuary that connects the sea with the backwaters.

This fort was first built by the British in 1684. Over the years and centuries, it was held by the Dutch, French, and Portuguese at different times. It is now a National Heritage and is protected.

This is a beautiful estuary set among verdant coconut groves. The bridge here is an ideal spot to view the backwaters stretching beyond the horizon. The beauty of this lake can also be seen by boat.

This is a waterway about 900 feet long. This tunnel is a great example of engineering and colonial architecture.

This temple is more than 2000 years old and is near the Varkala (Papanasam) beach. A unique feature of the temple is a large ancient bell that was retrieved from a sinking Dutch ship.

is a revered ashram founded by Sri Narayana Guru and also houses his Samadhi. The mutt was built in 1904 on the top of Sivagiri Hill. The mutt attracts thousands of devotees on festival days and Guru Purnima.

This temple is dedicated to Maa Bhadrakali and is famous for its Kaliyoot festival in March every year. During this festival, the Goddess is taken to the Bhagavathy palace in a procession of elephants.

This is the area of estuaries, beaches, and backwaters. This is where the lake meets the sea and nature enthusiasts can explore this interconnected network by boat.

This was built in 1684 by the British to help in the navigation of ships. The lighthouse is 130 feet tall and set amid verdant surroundings with the Arabian Sea as a backdrop.

Where to stay in Varkala

There are more than 300 hotels, resorts, houseboat stays, and guest houses in and near Varkala. Accommodation to suit all budgets can be found without much trouble.

How to reach Varkala

Trivandrum Central Railway Station is about 45 km from Varkala.

Trivandrum Airport is about 41 km from Varkala 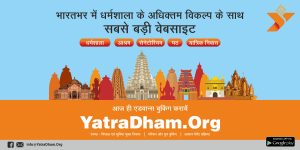