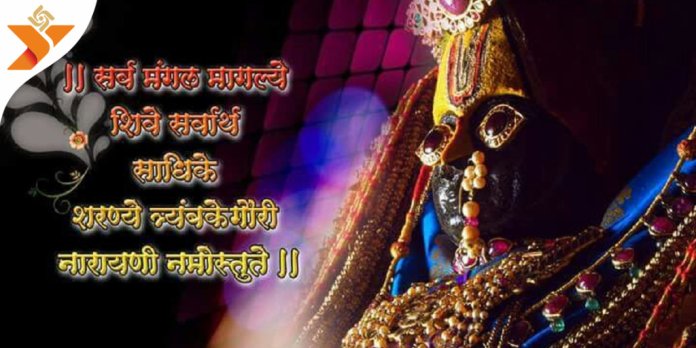 Tulja Bhavani Temple is located at Tuljapur, Osmanabad in Maharashtra. The Temple is believed to built in the 12th Century. This temple is an important Hindu pilgrimage center in Maharashtra. It is one of the “Shaktipithas” of Goddess Durga.

Inside the temple, there is a 3-foot-tall statue of Goddess Tulja Bhavani. Goddess Has 8 hands holding different weapons.

It is said that the temple was built in the 12th century. The History of the temple is mentioned in the Skanda Purana. In the book, it is mentioned that there was a sage whose name was Kardam and after the death of the sage, his wife started meditating for Maa Bhavani.

But there comes an evil name Kukur who tries to Disturb the “Anumati- the wife of sage Kardam”. But Maa Tulja Bhavani came and killed the evil. So from that time at that place, Tulja Bhavani started worshipping. 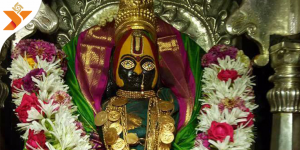 There are many places you can visit from Tulja Bhavani temple. Some are mentioned below:

How to reach to Tulja Bhavani Temple, Tuljapur:

Aurangabad is the nearest airport which is  288 km away from the Tuljapur.

Osmanabad is the nearest Railway station from Tuljapur which is 30.7 km.

Tuljapur well connects to the road so, one can easily get the transport facilities from anywhere to Tuljapur. For the Booking of Dharamshala in Tuljapur  “Click Here”

One Should visit Tulja Bhavani Temple once. Tulja Bhavani is a spiritual and religious place to visit. You will get a blissful feeling during the visit to the Tulja Bhavani temple. Also, this place has a few historical monuments to see.

So it would have the best feeling during the visit of Tuljapur.