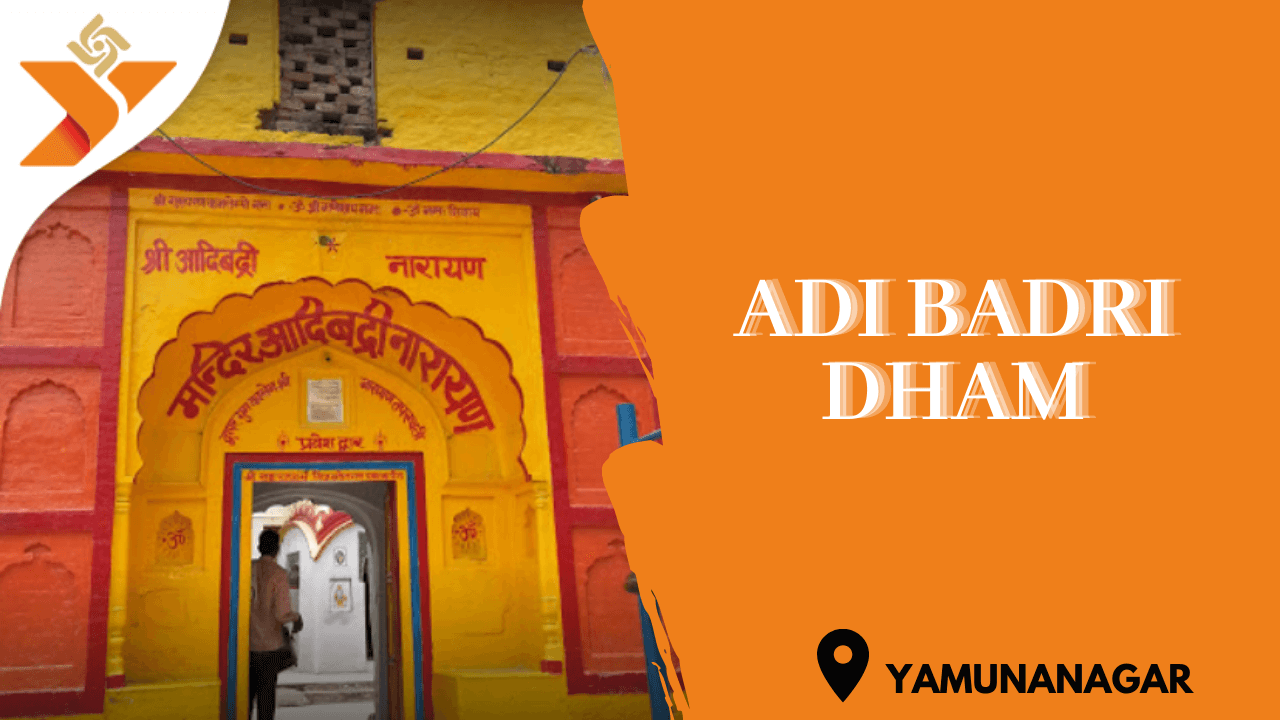 Adi Badri Dham, near Yamunanagar in Haryana, is a unique and lesser-known pilgrimage worth visiting. This is a group of Hindu temples and also the site of ancient Buddhist monasteries and stupas. This is also the place where the sacred Saraswati River originated and flowed across western India before it dried up about 5000 years ago. Rishi Ved Vyas wrote the Bhagawat Purana here on the banks of the river. The Pandavas are believed to have spent some time here during their exile.

This is the place where once Lord Vishnu undertook severe penance for the welfare of our world. This is a site adjacent to the origin (Udgam) of the Saraswati River. The temple that we see today was built by Adi Shankaracharya in the 8th century CE. It is known as Adi Badri because this penance done by Lord Vishnu was even before he did penance in Badrinath in Uttarakhand. During the penance, Mata Lakshmi provided shade by taking the form of a giant Badri (Ber) tree.

This is another ancient temple just about 200 meters from Adi Badri temple. The Shivling here is a Swayambhu (Self Manifested) and was enshrined by Adi Shankaracharya. Many rishis and munis have meditated here over the centuries gone by.

When Lord Vishnu’s penance was completed the Devi-Devtas wanted to organize a grand Yagna. However, Lakshmi Mata was not present so the Devtas manifested a Devi as a form of Lakshmi Mata with the help of holy Mantras and the sacrificial fire. This Devi was to take part in the Yagna with Lord Vishnu. However, just before the Yagna began Mata Lakshmi appeared in Her original form. Lord Vishnu asked the manifested Devi to take the form of a stone murti and promised He would stay with Her forever in this form. Lord Vishnu gave Her the name “Mantra Devi. Thus came Mantra Devi. The stone murti of Lord Vishnu and Mata Mantra Devi was enshrined on a hilltop about 3 km from the Adi Badri temple by the Devtas. Mata Mantra Devi continues to bless devotees and alleviate their problems to this day.

Besides these temples, the ruins of Buddhist monasteries and stupas are to be seen about 1.5 km from the Adi Badri Mandir. These are about 1500 years old. The Saraswati Udgam Sthal is about 500 meters from the temple. There is also a museum that houses various artifacts from the site.

How to reach Yamunanagar

The nearest airport is Chandigarh Airport which is about 88 km from the temple.