Nepal is one of the most cultural places in the world. Historical cities and temples are surrounded by the big mountain ranges that embrace its outstanding diverse landscape. Checkout Famous Hindu Temples in Nepal

Budhanikantha Temple is one of the Famous Hindu Temples in Nepal. The Budhanikantha statue of the Hindu Lord Vishnu located approx 10 Km from Kathmandu. Bhudhanilkantha temple is also known as the Narayanthan temple. Budhanikantha temple allows permits only Hindu devotees to inside the temple, while other communities can observe this temple from a distance. Haribodhini Ekadashi is celebrated in Budhanikantha temple in late October and early November.

Gujeshwori Shaktipith temple is an important pilgrimage destination for the Hindus as well Buddhists, located approx 1 km from Pashupatinath temple. You can get easily local transportation here

Gujeswori Shaktipith in Nepal is one of the Famous Hindu Temples in Nepal. Shakti Peetha a symbol of power, it is believed that a body part of Sati Devi lord of Shiva’s wife fell after her death at the very place where the temple is now located. This temple was developed by King Pratap Malla in the 17th century.

Janki temple is an ancient Hindu temple located in the Janakpur City of Nepal. it’s 123 Km far from Kathmandu. the temple is 50 meters high. it is a three-storied structure made of stone and marble. this is one of the most visited temples around the world which is also enlisted in world heritage. Janki Temple in Nepal is one of the Famous Hindu Temples in Nepal. 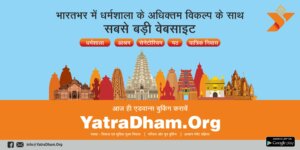