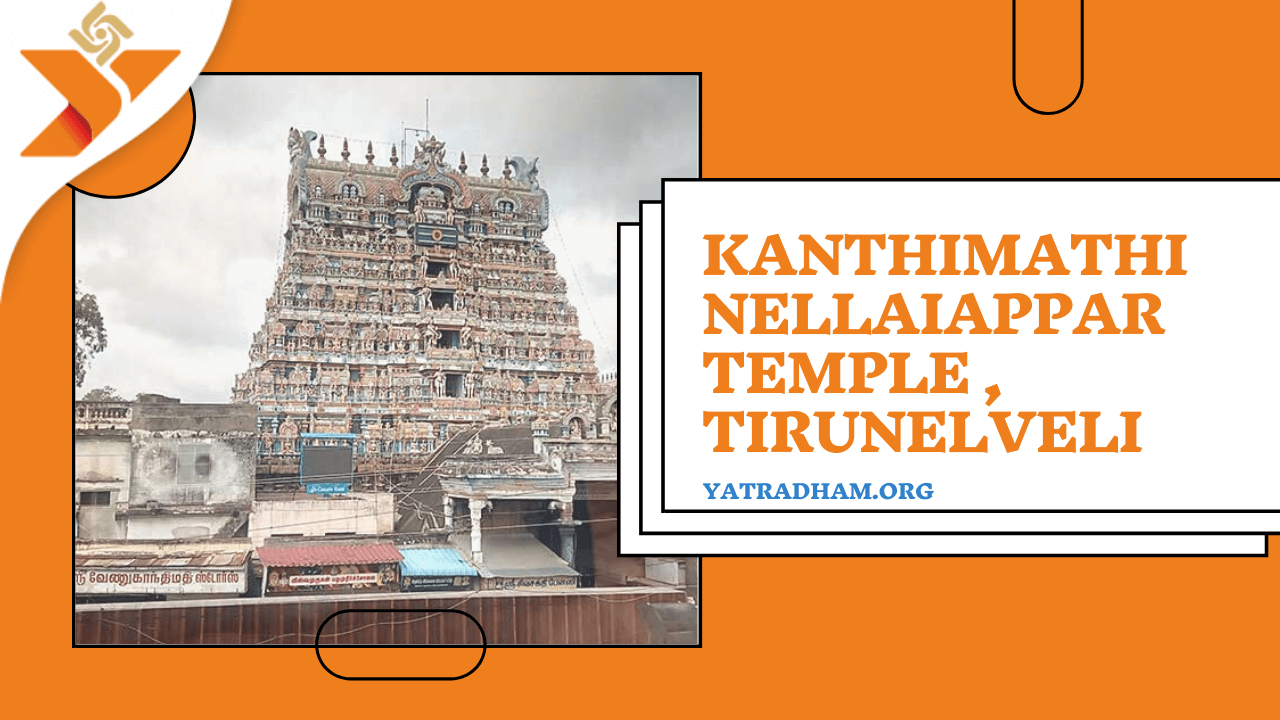 Tirunelveli is one of the five places where Lord Shiva performed Tandav Nritya. These five are known as ‘Pancha Sabhai Sthalangal’. Kanthimathi Nellaiappar temple is the Thamira Sabai with copper as its element.

How to reach Tirunelveli

Tirunelveli Railway Station is 4 km from the temple.

Trivandrum Airport is 152 km from the temple

Cochin Airport is 285 km from the temple

YatraDham.Org is the only portal where you find the best accommodation options that go well with your trip objectives