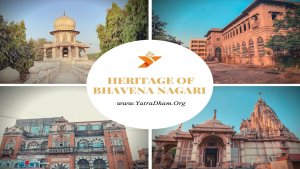 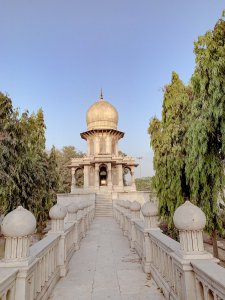 At a distance of 1 km from Bhavnagar Railway Station, Ganga Deri is a memorial situated on the banks of Gangajaliya Talao in Bhavnagar, Gujarat. It is one of the historical places to visit in Bhavnagar.

Ganga Deri is a historical monument standing tall in the middle of the city as a silent witness through the history of Bhavnagar. This marble monument was built in 1983 AD by Maharaja

Takhtsinhji is in memory of his wife Maharani Rajba who died in 1875 while giving birth to the heir Bhavsinhji. It was designed by Sir John Griffith, who was the principal of J.J. School of Art, Bombay. 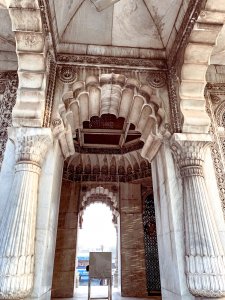 The architectural style of the monument is a synthesis of Mughal and Rajput. Looks like a mini Taj Mahal, this elegant edifice has a chhatri, pavilion, and bridge all of which are built of white marble. The grills carved with delicate floral motifs and the columns are the distinctive features of the monument. This two-storied structure was built as the centerpiece of the then Gangajaliya Talao.

Though today, it stands on the banks of the lake which shrank as it has been reclaimed for other uses, it still holds its own identity. 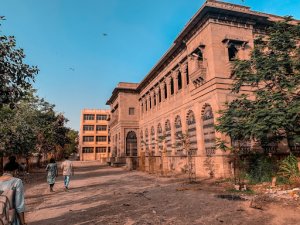 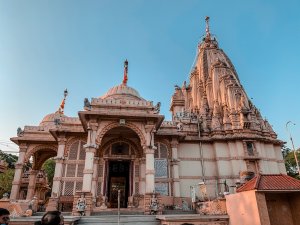 Jasonath is a temple celebrating and worshipping Lord Shiva. It was constructed in the year 1865 by the late Maharaja Jaswantsinhji. This temple has not only played an important role as a religious institution but also has given shelter to communities living inside the temple premises. During every Poonam (full moon) students used to organize a gathering where Zaverchand Meghani a celebrated writer/poet sang poems on the temple premises. 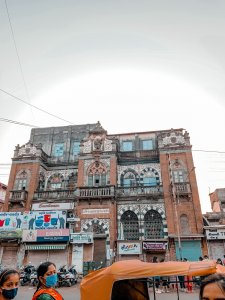 T.B. JAIN GIRLS HIGH SCHOOL was established in 1959 and it is managed by the Pvt. Aided. It is located in an Urban area. It is located in The BHAVNAGAR block of the BHAVNAGAR district of Gujarat. It was built in the market area so that girls could avail themselves of facilities from nearby shops. The school shows architectural beauty where we can see a Greek God and we do see Goddess Saraswati, mother of knowledge. The windows were colored to enhance maximum sunlight entering the classrooms.

Book Your Best Stay with YatraDham.