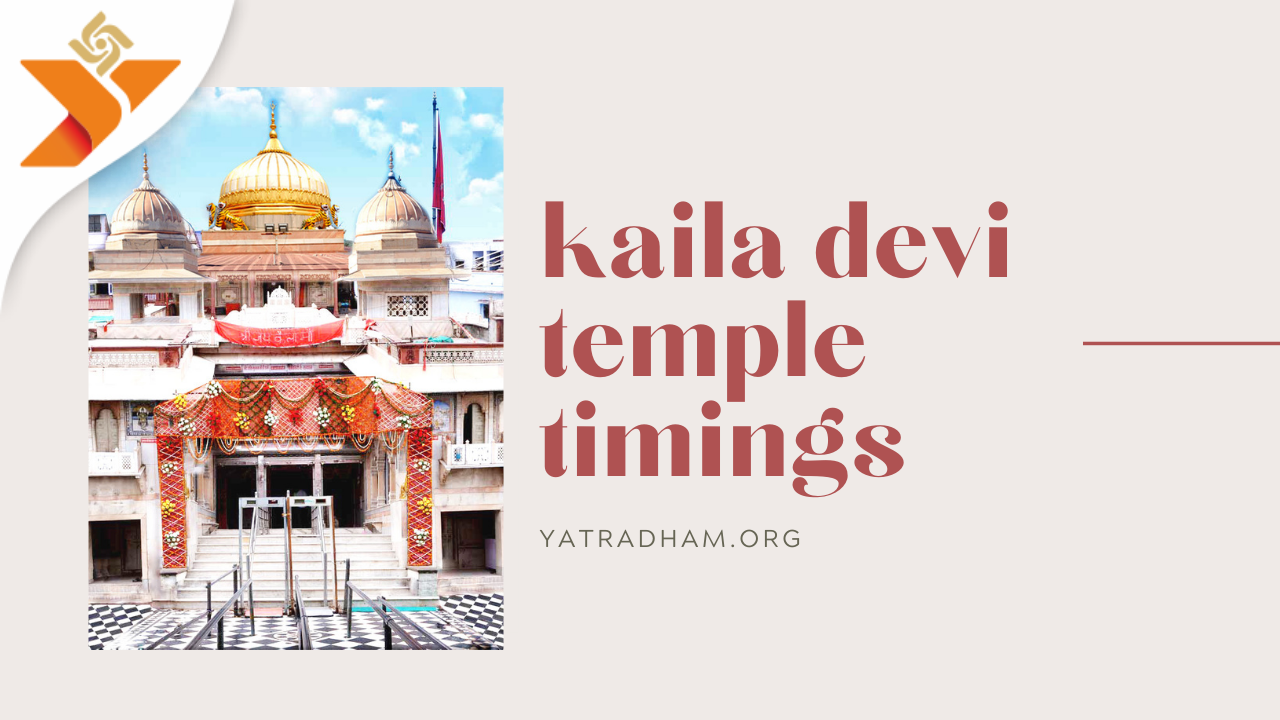 The small city of Karauli that has recently caught the attention of tourists is an exquisite home to well-decorated Havelis, peaceful shrines, picturesque views, and imprinted chhatris that dot the entire city. This beauty of a place in Rajasthan shares its borders with the heart of India, Madhya Pradesh, and is surrounded by Dausa, Dholpur, and Sawai Madhopur in Rajasthan. This city resonates with Mughal architectural panache and is world-renowned for its pale red sandstone that surrounds the entire city with a strong and sturdy wall. Apart from its royal history, Karauli offers its visitors a rural and tranquil ambiance with warm and hospitable behavior, echoing the true old Rajasthani culture

The temple is located in the village of Kaila Devi in the Karauli district of Rajasthan. The temple is situated on the banks of River Kalisil which is a tributary of River Banas in the Aravali hills.

Ma Kaila Devi is revered as an incarnation of the primordial energy, Mahayogini Maya who took birth as the child of Nanda-Yashoda. The father of Lord Krishna, Vasudeo was told by Lord Vishnu to leave Krishna with Yashoda maiyya and get her newborn daughter back with him to the cell where he was imprisoned by Kansa. When Kansa tried to kill the baby, she took on her divine form and told him that the infant Lord Krishna was already safe and sound. She is now worshipped as Kaila Devi or Karauli Maiyys.

A detailed description of Kaila Devi Ji is given in the Skanda Purana in the 65th Adhyaya wherein Devi ji proclaims that in the Kalyug her name would be Kaila and she would be worshipped as Kaileshwari by her devotees.

Come explore the wonders and sites that Karauli has to offer. There’s always something to see in Rajasthan. 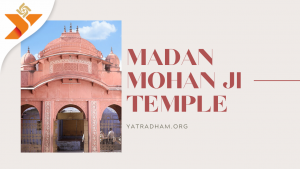 Madan Mohan, another name for Lord Krishna is a very well celebrated temple in Karauli. The erstwhile kings of the region considered it to be very lucky and is known to have blessed many warriors with victories in the battlefield. One can see intricately carved idols of Lord Krishna and his consort Radha there. The ambience is ancient and the architecture reflects the medieval age using the Karauli stone. The MehandipurBalaji Temple is world renowned temple dedicated to Monkey God, Lord Hanuman. The temple is located in a small village of Karauli called Mehandipur and is highly reputed for ritualistic healing and exorcism of evil spirits and ghosts. These unnatural happenings at the temple is one of the most important reasons behind the immense amount of footfall that this shrine witnesses. Shri Mahavir Ji Temple, as the name suggests is a spectacular architectural structure dedicated to the Jain tirthankars. It is one of the most visited and famous pilgrimage destinations for the Jains. The sculpture, design and structure of this building is highly inspired by Jain art. Built in the nineteenth century, this Jain temple hosts an annual fair from the thirteenth day of the bright half of the month of Chaitra to the first day of the dark half of the month of Vaishakh (Mahaveer Jayanti) 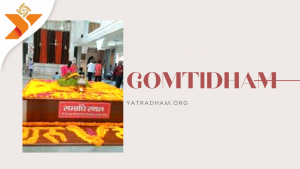 GomtiDham is famous for the ashram of SantGomti Das ji, facing SagarTalab and Timangarh fort amidst dense forest. This arena of peace and tranquillity is a much needed getaway from your daily grind. 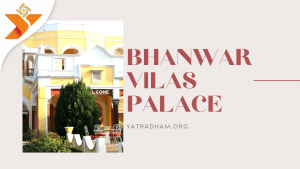 Originally built as the royal residence by Maharaja Ganesh Pal DeoBahadur in the year 1938, Bhanwar Vilas Palace is now partially turned into a heritage hotel for guests to stay and be a part of a special royal experience. The structure flaunts a colonial style of architecture and the spacious interiors are furnished with antique furniture. 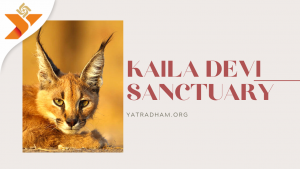 Covered in rich and dense forests, the Kaila Devi Sanctuary begins right after the Kaila Devi Temple and extends on both the sides of the road to eventually join the Ranthambore National Park. This green reserve is home to some great natural treasures like the chinkaras, nilgai, jackals and leaopards. Along with the wide variety of wildlife, one can also spot rare birds like sandpipers and kingfishers. Built in the fourteenth century, the monumental City Palace was originally built by Arjun Pal. The structure that one can see now is erected by Raja Gopal Singh in the eighteenth century. This antique building is treasure house of colonial architecture, stone carvings, lattice work windows and magnificent royal style of framework and frescoes. One can notice a hoard of colours in this beautiful palace. Shades of red, white and off-whites are the most common amongst all. However, what tops it all is the view from the terrace from where one can see the entire town laid out by the River Bhadrawati. 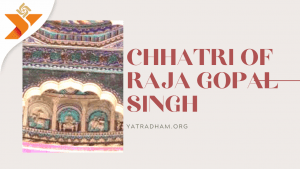 The Chattri of Raja Gopal Singh, outside the Nadi Gate leading out of the palace to the river is beautifully adorned with fresco paintings. The reformer and founder of the Arya Samaj, DayanandSaraswati is also known to have delivered a talk at the Chhatri of Raja Gopal Singh. Many devotees from neighbouring states like Madhya Pradesh, across the Chambal River visit the chhatri topay homage. 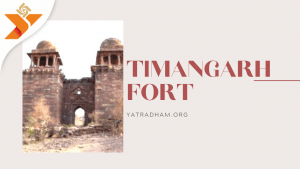 The great Timangarh Fort, built in 1100 AD is named after the King Timanpal and is situated at a distance of 40 km from Karauli. This magnificent structure was destroyed in one of the many attacks and was rebuilt by King Timanpal of Banaya in 1058 AD. A unique feature of this structure is its priceless collection of ancient ashtadathu (eight metals). None the less, the architecture of this fort bares a unique sign of India’s ancient yet royal history. Many mythological gods and goddesses are also indebted on the stone pillars supporting the fort.The fort witnessed many upheavals in its glorious history until Akbar gifted it back to his mansabdar. 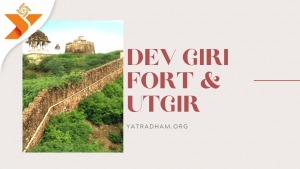 Utgir, built by the Lodha warriors is situated on a triangular peak of Aravallis while the Devgiri Fort is in the ravines of Chmabal River between Karanpur and Khandar. It is believed that Raja Arjun Deo acquired the Utgir Fort and it remained the capital of Yaduvanshis until Gopal Das built the BahadurpurFort. This was used as emergency garrison fort by Karauli dynasty, till the states merged to form Rajasthan. 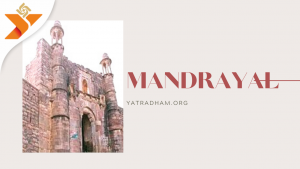 Situated 40 kms from the main district, Mandrayal is a significant town of Karaulithat joinsRajasthan and Madhya Pradesh. Raja Arjun Dev captured this fort from Muslim Kiledar Miya Makan in 1327 AD. However, Maharaja Harbaksh Pal built another garrison fort here that was known as BalaKila. 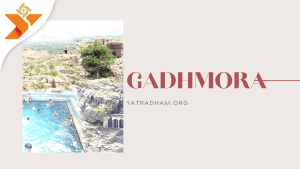 Gadhmora is counted amongst one of the most ancient villages of Rajasthan and is believed to have been in existence since Lord Krishna’s era. This place got its name from its ruler – Raja MorDhwaj. Gadhmora is also home to a famous Kund where an annual fare is held during Sankranti every year. The Gufa Temple as the name suggests is a cave situated amidst the dense forests of Rantahmbore. This temple is actually believed to be the original temple of Kaila Devi. Even after being located in a prime region of the forest, devotees of the deity walk nearly eight to ten kilometres to just get darshan. However, the native and foreigners are usually requested to not venture out in the open in the forest area.

HOW TO REACH HERE

YatraDham.Org is the only portal where you find the best accommodation options that go well with your trip objectives Check Dharamshala Near Kaila Devi