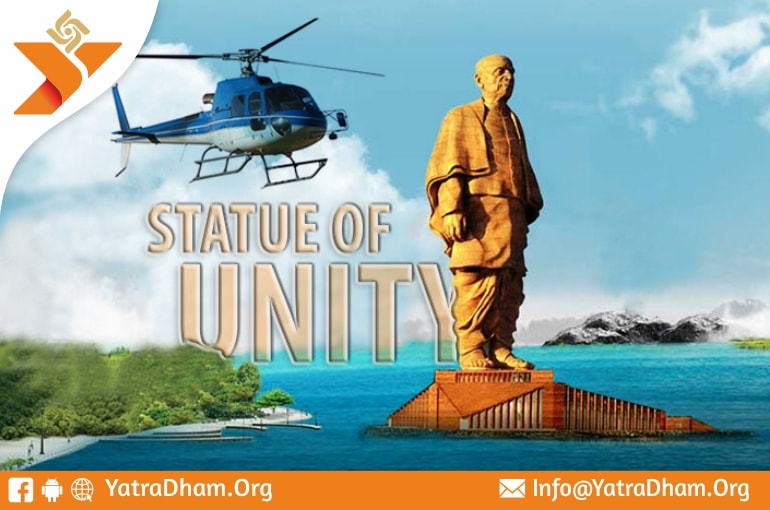 Get a panoramic view of the Statue of Unity – the world’s largest statue, Sardar Sarovar Dam, Narmada River, Vindhya, and Saputara hills in just 10 minutes.

The Statue of Unity was inaugurated by the Prime Minister of India, Narendra Modi on 31 Oct 2018. The statue was built at a cost of 3000 crores. On the first 11 days of its inauguration, the statue has witnessed about 1.3 lakh tourists. The Government expects approx. 15000 tourists every day to the Statue of Unity.

The Statue of Unity is located on Sandhu island in Kevadia village. The beauty around the statue is mesmerizing. The 182-meter tall statue of the Iron Man of India stands strong beside the Sardar Sarovar Dam.

The government is also arranging for accommodation for the people visiting the Statue of Unity.

So, the helicopter ride will make your trip to the Statue of Unity much more enlightening.

Places to stay Near to Statue of Unity

Planning to visit SOU in February. Want confirmed booking of Helicopter ride. Please guide if any online booking is available for the same.

For booking of Helicopter, you can contact us through [email protected].

For Booking Helicopter, you can contact us on [email protected].

Nіce! Thanks for the information!