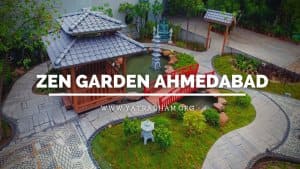 Zen Garden is the latest addition to Ahmedabad’s attractions. It is located on the campus of the Ahmedabad Management Association (AMA).

Zen Garden is an oasis of peace and tranquility in the midst of Ahmedabad, Gujarat. This garden was inaugurated by PM Modi on the 27th of June. The Zen Garden is a place for meditation and a showcase for some elements of Japanese art, culture, landscape, and architecture.

The garden is the result of a joint effort by the Japan Information and Study Center at AMA and the Indo-Japan Friendship Association, with important contributions including the unique Awaji tiles, from Hyogo International Association (Japan).

Zen and Yoga have many similarities – peace, simplicity, tranquility, and poise can be witnessed in both. Zen is from the Mahayana School of Buddhism and is a core feature of Japanese culture. Both Yoga and Zen focus on concentration (Dhyaan).

The Zen Garden represents the elements of Wind and Water. These are the two elements that connect the Earth with the Sky. The garden features a statue of Lord Buddha in a beautiful, well-lit garden within a waterfall. 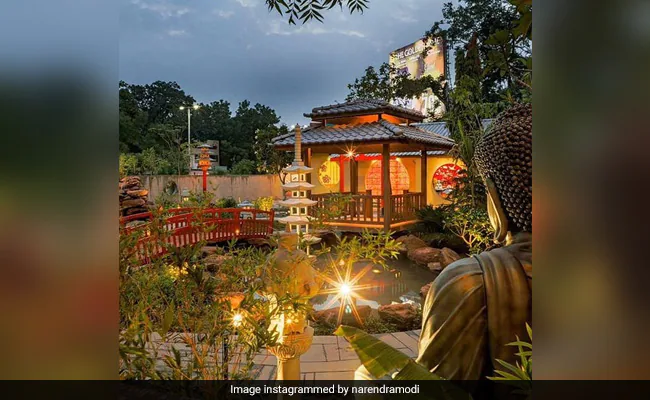 The Zen Garden and Kaizen Hall in Ahmedabad have been designed by Anushri Patel and Neha Rajora. They spent 15 days in Japan where they learned about the principles of Japanese Gardens. They have tried to include all elements of a traditional Japanese garden. The unique Awaji tiles used for the pathways in this garden are a gift from the Hyogo province of Japan. A traditional stone lantern has been placed in the garden. The walls are adorned with Japanese Kimono and Nihonga art forms.

Though the climatic conditions of Ahmedabad are very different from Japan, these two talented architects have used flora and fauna to achieve a very close resemblance to a Japanese Garden.

Zen Garden, Ahmedabad, and Kaizen Hall will go a long way in strengthening cultural and industrial ties between Japan and Gujarat.