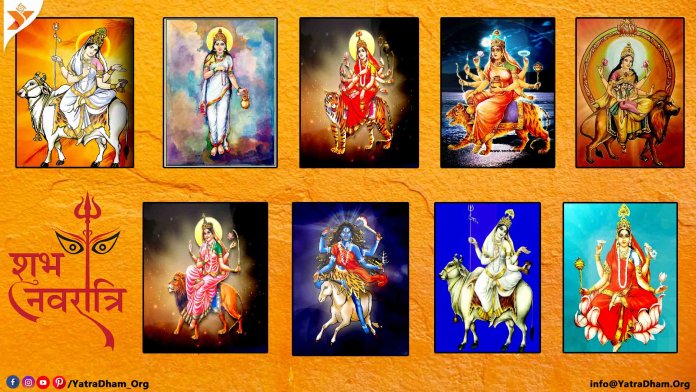 The Gujarati people celebrate this festival with excitement and dress up so well as they have never dressed up before. Girls dress up in ‘Chaniya Choli’ and then play Garba in that dress. She is the first Navdurga worshipped during the first day of Navratri and is the reincarnation of Goddess Sati. Shaila Putri is the Daughter of Mountain King Himavat and is the manifestation and form of the Hindu Goddess Mahadevi, representing herself in the pure form of Goddess Parvati.

It is believed that the Devi gives Shakti to attain higher spiritual growth. She is worshiped as Purna Prakriti Durga.  The temple of Shaila Putri is located in Varanasi, Uttar Pradesh, India.

2. Brahmacharini ( Mother of Devotion and Penance) 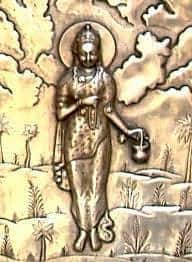 She is the second aspect of Navdurga’s form of Mahadevi. The Goddess is worshiped on the second day of Navratri ( the nine divine nights of Navdurga). Brahmacharini is a devoted female student living in an ashram with her Guru and other students.

Maa Brahmacharini is the symbol of love and immense strength. She only desired to marry Lord Shiva. Her temple is located at the Panchganga Ghat, Ghasi Tola, Varanasi, Uttar Pradesh. 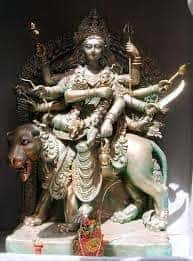 According to the Shiva Maha Purana Chandraghanta is the ‘shakti’ of Lord Shiva in the form of Chandrashekhara. Each aspect of Shiva is accompanied by the Shakti, therefore Ardhanarishvara. It is believed that she is the goddess of spiritual and internal strength. It is said that people who face obstacles in life should worship this Goddess.

The temple is located in Varanasi, Uttar Pradesh, India. Kushmanda is the Hindu Goddess who is credited with the creation of the world with her divine smile. Followers of Kalikula believe her to be the fourth aspect of Navdurga’s form of Mahadevi. Her name signals her main role: Ku means ‘a little’, Ushma means ‘warmth’ and ‘energy’, and means a ‘cosmic egg’. It is located in the Durga Kund area of Varanasi.

5. Skandamata (Goddess of Motherhood and Children) 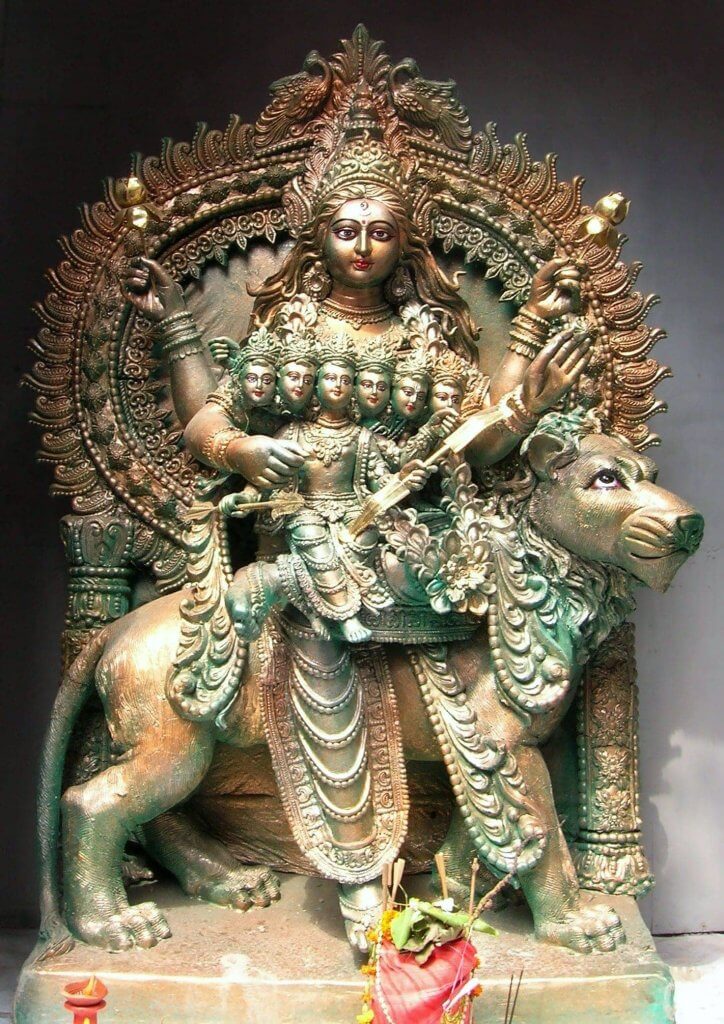 Her name comes from Skanda, an alternate god of war Kartikeya and Mata, meaning Mother. As one of the Navdurga, her worship took place on the fifth day of Navratri. Her abode is in Vishuddha Chakra.

Devotees believe that Sakndamata brings fortune and luck into their lives. The color orange signifies brightness and knowledge and is the color of Goddess Sakndamata. It is located in jaitpura, Varanasi. 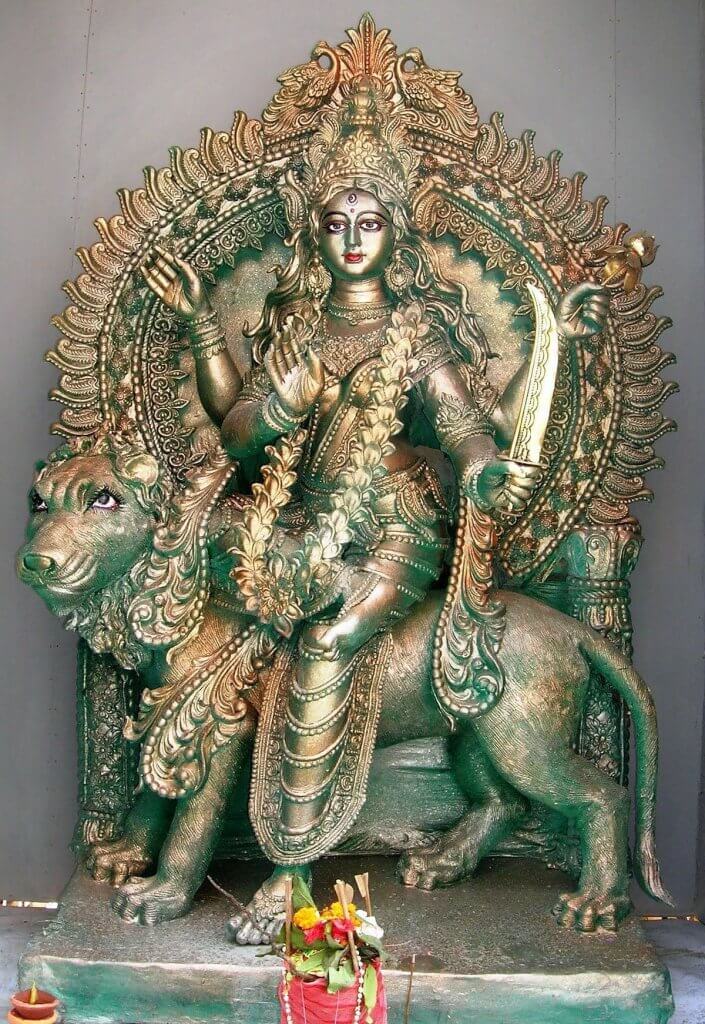 She is seen as the slayer of the cruel demon Mahisasura. She is also seen as a warrior Goddess who was able to bring peace to the world. Maa Katyayani is one of the fiercest forms of Maa Durga and is also called the Mahishasurmardini.

Seated on a lion, Goddess Katyayani is depicted carrying a sword in her right and a lotus flower in her left hand. This temple is located in Gujarat, Mahi Sagar district.

7. Kalaratri (Goddess of Auspiciousness and Courage) She is the first referenced in the  Devi Mahatmya. Kalaratri is one of the fearsome forms of the Mother Goddess. Kalaratri is sometimes called ( Kal Ratri).

It is believed that the   Goddess Chandi created another goddess from her forehead, who came to be known as Kaalratri or Kaali.  Maa Kaalratri fought Chandha and Mundha and eventually killed them. Her temple is located in Varanasi, Uttar Pradesh, India. She is worshipped on the eighth day of Navaratri. According to Hinduism, Mahagauri has the power to fulfill all the desires of her devotees. The one who worships the goddess gets relief from all the suffering in life.

She carries a “Trishul” and a “damru” in her hands. What to offer: Goddess Mahagauri is offered coconut by devotees. It is located in Varanasi, Uttar Pradesh, India. Parashakti is the power of this primordial Shiva, which is emanated by Paramshiva. Adi Parashakti is used to describe the ultimate form of Parvati. Parashakti is an all-pervasive, pure consciousness, power, and primal substance of all that exists and it has Mahamaya-form, unlike Parashiva which is formless. It is also located in Varanasi, Uttar Pradesh, India.

Book your Best Stay with YatraDham

You can always book your best stay with yatradham.org for better facilities and more. Here are some of the lists you can check and book.

Are you excited about this year Navratri?

For more details and information you can always visit our site YatraDham.org.