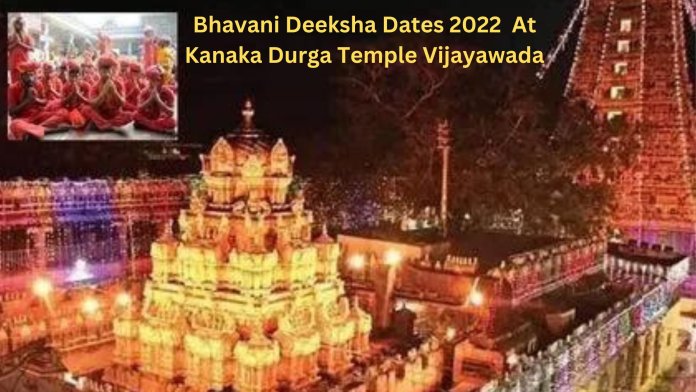 People who belong to Telangana and Andhra Pradesh or Telugu-speaking people living in different parts of India and around the world are undertaking this special Bhavani Deeksha ritual followed by both men and women.

Bhavani Deeksha will begin this year on the 4th of November and handover will be observed between the 15 and 19 December. D Bramarambha an executive officer of Sri Durga Malleswara Swamy Varla Devasthanam announced on Tuesday. During the auspicious month of Karthika devotees will take the 41-day Bhavani Deeksha.

Those who will follow Ardha Mandala Deeksha (21 days Deeksha) for those dates will be between November 24 and 28.

Vijaywada has its own airport and is located at a distance of 20km from the heart of the city in Gannavaram.

The APSRTS buses connect to all the major cities, so you can find buses easily.

We believe that everyone should experience new things in their life and if you get a chance to experience as well as to seek the blessings of Goddess Durga you should never miss that, we know that you don’t belong to Telugu-speaking people but you can visit in Vijayawada and look at the beautiful culture of those people who are going to follow this 41 days long vratam and enjoy benignly there. Here we have the best accommodation for staying in Vijayawada.