Srirangam is the foremost of the eight self-manifested shrines (Swayam Vyakta Kshetras) of Lord Vishnu. It is also considered the first, foremost, and the most important of the 108 main Vishnu temples (Divyadesams). This temple is also known as Thiruvaranga Tirupati, Periyakoil, Bhoologa Vaikundam, Bhogamandabam. In the Vaishnava parlance, the term “KOIL” signifies this temple only. The temple is enormous in size. The temple complex is 156 acres in extent. It has seven prakaras or enclosures. These enclosures are formed by thick and huge rampart walls which run round the sanctum. There are 21 magnificent towers in all prakaras providing a unique sight to any visitor. this temple lies on an islet formed by the twin rivers Cauvery and Coleroon. Here you can check 10 Less known facts about srirangam.

Contents show
10 Less known facts about Srirangam
06:00 to 07:15
09:00 to 12:00
13:15 to 18:00
18:45 to 21:00
Pooja Schedule
Sri Ranganathar Sannathi
Do’s and Dont’s
Dont’s
Travel Info
Checkout Dharamshala in Srirangam:
Are you planning to visit Kedarnath and looking for options to Stay with Family? Then don’t wait! Choose from our selected Dharamshala in Srirangam and book your vacation with YatraDham.Org

Tiruchirapalli is home to Nagaraj Cholan and many historic temples, monuments, churches, and mosques. Uraiyur(also pronounced as Oraiyur) which is the Old Tiruchy has a long tradition. With over 2,500 years of known history, it was the capital of the early Cholas. The oldest man-made dam Kallanai was built by Karikala Cholan across the river Kaveri about 10 miles from Uraiyur. It was an important town in the days of the later Cholas, Nayaks as well as during the early days of the British East India Company. The Madurai Nayak rulers changed their capital from Madurai to Tiruchirapalli and back several times. The conquest of Tiruchirapalli by the British East India Company marked a major step in the British conquest of India.

Extra information must be read before you go inside the temple:

Given below is a list of Do’s and Dont’s for the attention of pilgrims.

Check out the related post about the Srirangam temple 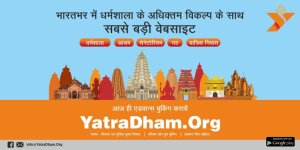 Dhanushkodi Beach – All you need to know

Events in March You Cannot Miss in india